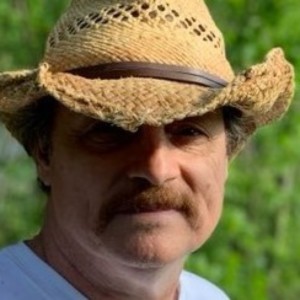 Walter Scott James was born in Toronto Canada, and has lived most of his life
in Southern Ontario, aside from a year in British Columbia as a kid.
A mobile DJ, most of his life, Walter Scott also has worked part time in
the TV industry for a number of years, as a cameraman and Producer.
He hosted the Rockin Country Show with his buddies Allnight Esquire,
Big Al The BBQ Pal and The Artman, for many years and brought it to
internet radio in early 2019.
In early 2020, he started hosting a new weekly countdown show called
the Canadian Indie Country Countdown and what started as a TOP 30 SHOW
has grown into a TOP 50 show and spanned a second show called THE BACK 50
hosted by a long time friend Bill Springate. The Canadian Indie Country Countdown
is home to Canada's Best Country Independent artists, showcasing Canada's TOP 100
SONGS each week.
Today Walter Scott, along with hosting the CICC TOP 50, still hosts Rockin Country, each week,
plus producing THE BACK 50 for Bill Springate and RNR BANDSTAND for Robert E Sox.